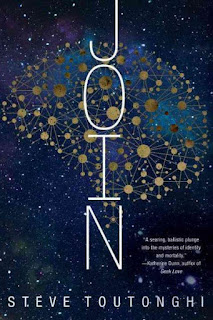 There are many interesting formations that might be called networked phenomena.  Homophily and the tendency towards triad closure.  Scott Feld's Rule (I'm more likely to make friends with someone who has more friends than me).   Cascading behaviors (i.e., virality).  Small world phenomena (those 6 degrees of separation).  In all, a series of social forms that complicate typical binarisms like individual v. group.


Instead, these behaviors are simply networked--explicable through linked nodes.  In other words, not an 'individual'; but not an amorphous, superstructural group.  These have all kinds of implications for social action, cognition, identity and feeling.  As Sampson (2012) writes,

Decision are not, as such, embedded in people, or in the voluntary exchanges with others, but in the very networks to which they connect.  It is, like this, the network relation that leads the way. (168)

In Korea, users engage multiple social media in their daily lives, and platforms like Facebook and Instagram have been extremely popular.  However, there has also been a concomitant growth in proprietary platforms that support social media sharing among a close circle of intimates: KaKaoTalk is one of those--with nearly 100 percent adoption in South Korea, it is the app of choice for online discussion and media sharing.  BAND is another.

Both of these suggest what Ichiyo Habuchi has called "tele-cocooning"--a term that describes a small group of friends that spend a large portion of each day in intimate, digital communication.  Or, as Ito et al define it in their Living and Learning with New Media:

The practice of maintaining frequent and sometimes constant (if passive) contact with       close friends and/or romantic partners.


And people in South Korea are hardly alone in these proclivities.  In my ethnographic work, and in classroom assignments with my students, I have found that most social media communication takes place between small groups of confidants.  The idea of "virality" that is coveted (and occasionally feared) in YouTube videos or Twitter content is the tiny exception to a towering corpus of online media shared with a very small group of compatriots.  We tend to think of social media in expansive forms, mostly because a combination of hope and fear.  The hope (for some) is that their content will reach millions.  The fear, of course, is exactly the same.  And yet most of us interact almost wholly within a small circle--well below Robin Dunbar's number!

However: with its connotations of passivity and introspection, "tele-cocooning" may not be the best way to describe this process.  "Tele-cocconing" connotes insular lives, summoning up images of teens camped out on the sofa texting for hours, or, in Korea, a rash of phone zombie injuries where oblivious people absorbed in their phones fall down holes or get hit by cars.  But the circle of intimates that "cocoons" is simultaneously encountering and engaging the world.  For almost 2 decades, social scientists have written convincingly on the ways social media enables various forms of collective action.  What about groups of connected friends?  What kinds of social action do these groups undertake?  What do they do, and how is that different than people who lack those intimate, everyday social networks?

In a slightly different context, Steve Toutonghi take on these questions in his 2016 novel, Join, a near future where people "join" with each other, taking on a new, collective identity that is an amalgam of all of the individuals (the "drives") who have been incorporated.  The main characters, "Chance" and "Leap," are further subdivided into the men and women who make up the join: Leap One, Leap Two, Leap Three.


Joins are different from ordinary humans ("solos" or, more pejoratively, "ferals") in at least 2 respects.  First, joins are never alone.

His parents used metaphors--it's like being more attuned to all of who you are, all your different desires and fears; it's like clearly remembering who you were ten years ago, before events changed you.  They said the awareness of being more than one person included a comforting sense of companionship. (9)


Second, they are theoretically immortal.  With each drive possessing the memories of its joined alters, memories and identity might continue indefinitely.

If Chance Five dies, then Chance--and therefore Javier Quispe--will live on through other drives in the join.  That can continue forever.  In a perfect join, human beings lose both their existential sense of isolation and their mortality. (10)


This constant connectivity and simultaneity presents some challenges for Toutonghi.  How to narrate action?  The usual strategy in narrative omniscience is to switch from perspective to perspective--much harder to do here when the perspectives are both the same and different.  For the most part, Toutonghi limits the confusion through simply separating his drives by geography.


But the reasons why the narrative is challenging (and why it occasionally falters) is the reason why this is an interesting novel.  How do we conceive of distributed cognition and connected action on an everyday level?  How do we understand and narrate the decisions we make when liberal assumptions about individuality must be dismissed?


In an anthropological spirit (and his undergraduate major was in anthropology), Toutonghi explores joins as a total social fact--as a different modality of thinking and socializing, as a different politics generative of different inequalities.  The plot revolves around a malady unique to joins, a "flip" that involves one of the joins rejecting the union, precipitating a cascade effect that ends in dysfunction and death.


And it also includes a social critique.  The proliferation of joins among elites leads to a "narcissistic" introspection that supplants other, more linear, concerns.  Entranced by their own transcendence of time, other, resolutely temporal problems like social inequality and environmental degradation seem insignificant.

There has been a slow and continual erosion in the size of the refuge that the Earth can offer.  Chance has watched for years as its edges have crept inward and its center has weakened.  Death is impatient, and suffering multiplies, but not yet for joins.  They just don't notice it, as each successive catastrophe is quickly buried beneath the limitless weight of individual days and years.  For now, Chance's fellow joins are comfortable, which seems to be enough for them to continue minutely examining the mysteries of life. (332)


With de facto immortality, joins train their attention on the longue duree, to the detriment of timely concerns in the present.  And after all of this Bruno Latour-esque evocation of networked action, Toutonghi channels a bit of Sheri Turkle and Robert Putnam in the insistence on face-to-face engagement in real communities.


But, ultimately, what draws me to this novel is the quotidian life of the join.  While networked decision making has long been a topic in HCI, and more recent scholarship from people like Larissa Hjorth has investigated the affective dimensions of networked lives, the questions of everyday speech and interaction have not really been addressed.  To be sure, networked behavior is not a new phenomena, but the ubiquity of online social networking means that we have more and more opportunities to behave as chains of linked confidants.  In this context, as in other cases of networked action, interactions with place and with each other may be less explicable with theories that rest on the either/or dichotomy of individual self and social structure.  But how would that look?  How do we talk when the "I" is always chained in a network of relations?  Sometimes phrases seem familiar: "We did the homework."  "We decided to meet downtown."  But what about: "We bought a shirt" or "We ordered the cannelloni"?  Do these still make sense when we're talking about the behaviors and actions of a single(?) person?

Posted by Samuel Gerald Collins at 9:58 AM No comments: