AAA Paper Abstract: The Weight of Absence: Anthropologies of Non-Connection 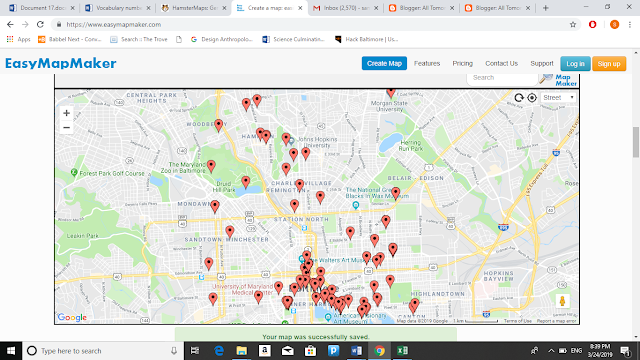 (A day's worth of geolocated instagram posts in Baltimore: August 24, 2018)

The digital world presupposes a binary logic of connection and disconnection, one that decomposes into haves and have-nots. Moreover, this binary logic follows on burgeoning urban inequalities in a neo-liberal age, and growing chasms in wealth and opportunity only seem to confirm the either/or logic of digital capitalism.  In cities, it echoes in the dreadful calculus of gentrification and abandonment, capital investment and disinvestment, inclusion and exclusion. But is dis-connection only an absence?  In this paper, I explore absences and disconnections in social media and in urban networks as latencies visible through an application of structural holes, triadic closure, structural equivalence and other social network tools to digital media in cities.  This work is inspired both by Ernst Bloch’s “Not-Yet” and his insights that even forms of social life thoroughly imbricated in capitalism nevertheless contain a “surplus” of potentiality that gestures towards critical, emancipatory futures.  In addition, the work is inspired by anthropological methods from Alfred Russel Wallace and others that take absence as data points in the empirical proof of presence.  I argue that even absence itself is imbricated by a “horror vacui” that sets up presence as a moral dialectic.  In this paper, these take the form of alternatives that connect equity, justice and utopian alternatives to disinvestment and abandonment visible through analyses of diverse digital platforms, including social media, app platforms and website connectivity.  Ultimately, this research builds on anthropologies that move beyond the narration of what is to the speculative design of what should be.

Posted by Samuel Gerald Collins at 5:50 PM No comments: